The Importance of Mentoring

As a child, I didn’t dream of growing up to be a brand marketer. I’m pretty sure that I wanted to be a police officer. Okay, that’s a lie; I wanted to be the fifth member of The A-Team (I was a child of the ’80s!) I definitely wasn’t thinking about project management, graphic design, and copy editing.

I did eventually leave my small hometown behind and stumble into college. Like many math-addled students who came before me, I majored in political science. I had always been interested in politics, so it seemed like the academic path of least resistance. And like most political science majors, I hoped and prayed that a job, any job, would materialize after leaving school. In my case, that wasn’t far from the truth! More about that later. Thus began a career in politics.

As a political operative, I got to log time in every essential campaign role. Management, fundraising, communications, research, field, digital, and data. I was always getting to learn new things and was frequently in over my head. Campaigning is hard work, but with very few exceptions (looking at you Rudy Giuliani Presidential Committee), it was fun and rewarding. Getting to the important point, and the reason I’m give you a rundown of my boring resume: at nearly every step of the way, I had access to someone more experienced who could mentor me. As I’ll explain, this is both rare and very fortunate.

If you’ve never worked on a political campaign before, understand that many of them operate in a culture of fear and intimidation. Campaigns are one of the most toxic working environments imaginable. Turnover is high; morale and pay very low. Expectations are almost always unreasonable and there is no HR department to hear your hostile work environment complaint. If you voice concerns about a superior’s behavior, you’ll probably never work in politics again. The most ruthless staffers tend to rise to the top and surround themselves with equally toxic personalities. I was generally very lucky in my career and got to work for some very good people, but that’s very much the exception in politics.

Horror stories abound of campaign staffers who just couldn’t cut it, even bright ones who were willing to put in the long hours. Everything that could go wrong very often does. Fundraising staff who couldn’t figure out how to raise enough money. Speech writers who were caught plagiarizing speeches. Field staff who didn’t have enough volunteers for election day activities. These were the cautionary tales which could have been avoided with patient mentoring.

Everyone needs a mentor, whether you realize it or not, whether you’re in politics or brand marketing. Your department or agency benefits from having experienced colleagues who can be a resource. This is true whether they are a designer, a copywriter, a salesperson, or a manager. You don’t even have to have the same employer (in fact, sometimes it’s better to talk to someone on the outside!) I had several great mentors when I got my first agency gig, and I wouldn’t have survived my first year without their patience as I tried to master AdTech.

Because we love lists here at The Green Note: here are five good reasons to get (or become!) a marketing mentor:

Those are the reasons, and I think they are pretty good ones. Mentoring matters. Be a mentor, or be humble enough to ask one for help. 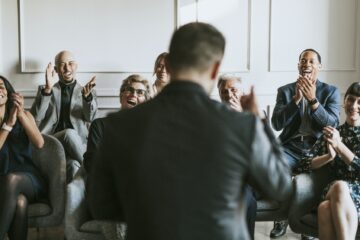 Presentations. They are ubiquitous and inevitable. Everyone, even in primary school, gets experience presenting information in some format (ask me sometime about the awful Google Presentation slides I helped my daughter create for her virtual Read more… 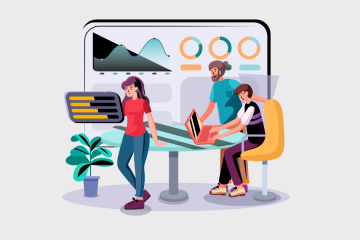 Whether it’s selling bicycles virtually, cookies and app tracking crumbling, and the continued cratering of traditional pay-TV, we have witnessed a decade’s worth of marketing disruption compressed into a span of months. Businesses are slowly Read more… 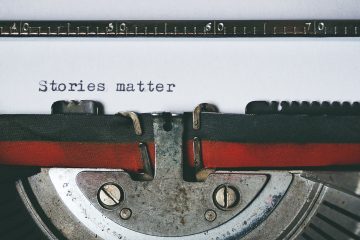 Advertising in 2021 is a long ways removed from the “golden age of advertising” both in time and quality. As we churn out copy for every conceivable channel and audience, what used to be art Read more…